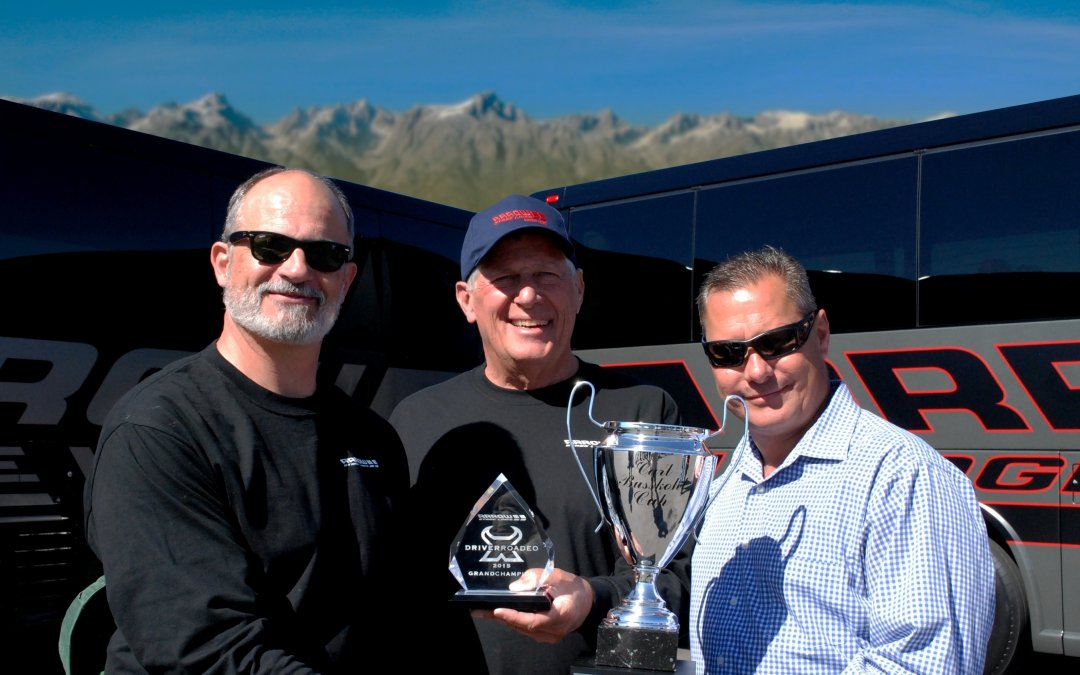 The sun creeps over the new Arrow Stage Lines’ Las Vegas facility on February 25, 2016 and illuminates course designs outlined with orange cones, tennis balls and chalk markings. Eager regional champions arrive on the scene along with Safety Coordinators from each location, and the stage is set for the first Arrow Stage Lines Driver Roadeo National Championship!

Over 40 drivers competed from all regions in late 2015. Each competitor was selected based on overall performance from the previous year. Based on the highest scores, top drivers were selected from each region and awarded the opportunity to travel to Las Vegas and compete in the Roadeo National Championship.

“As we anticipated, the scores were extremely strong from each region,” said Arrow Stage Lines’ Safety & Risk Director Tim Boston. “When you are looking at some of the best drivers in the industry, that tends to be the case.”

Each region had representation present at the event. Bill Williams represented the Pacific Region, Brenda Lantz earned a roster spot from the Rocky Mountain Region, Rocky Duncan from the Great Plains Region competed, while John Germeyer flew the flag for the Heart of America Region, and Henry Winter was the winner from the Southwest Region.

“This was a true display of fantastic driving,” said Arrow Stage Lines’ Manager of Driver Training, Cassie Riggert. “Each region had strong representation at the event.”

Prior to arriving in Vegas the regional winners all completed a 25-question quiz. On the morning of the event all 5 drivers completed thorough pre-trip inspections and a rigorous driving course that consisted of 9 events, which tested their ability to maneuver the coach.  Additional bonus points were available for various additional performance based actions.

“It makes us proud to know we have some of the best drivers in the industry,” said Arrow Stage Lines’ COO, Luke Busskohl. “They were all the top performers in their respective regions, among a class of drivers that already perform at a very high level.”

At the completion of the event, Henry Winter from the company’s Southwest Region was awarded the National Champion Trophy for having the best performance of the day. The company also awarded the “Carl Busskohl Cup” to the Southwest Region Director, Todd Koehler, and Safety Coordinator, Mark Ashcraft. The “Carl Busskohl Cup” is designed to travel from location to location and display the champion from each year of competition.

Plans have begun for the 2016 Arrow Stage Lines Driver Roadeo and competition will begin in the fall.