A Refresh Worth Bragging About 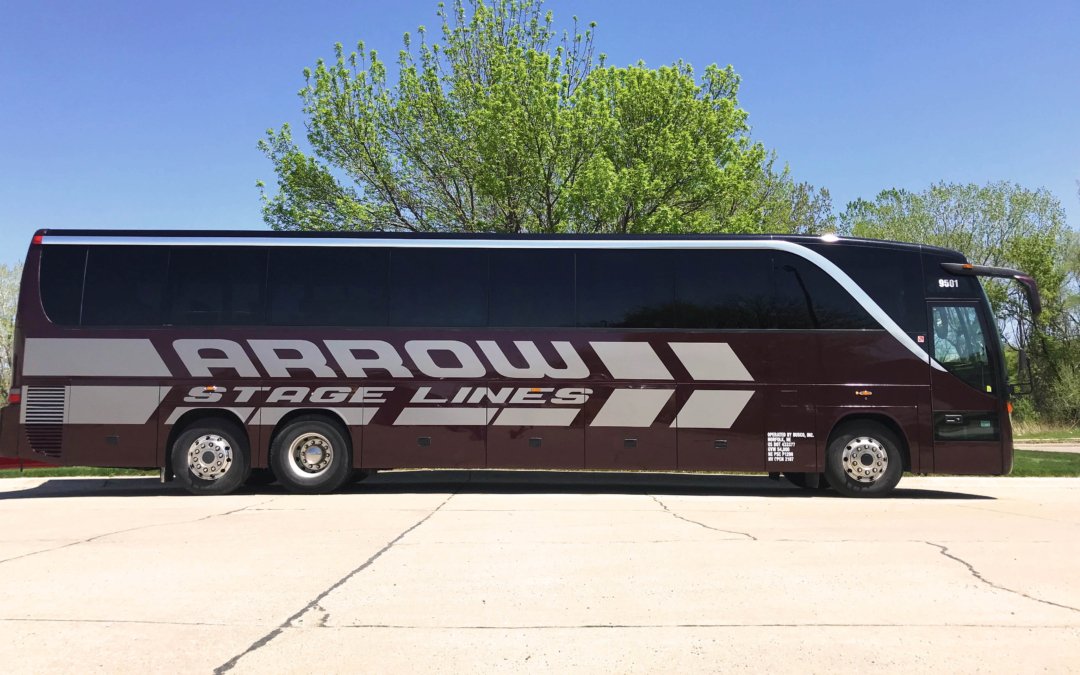 At Arrow Stage Lines, the term “old, ugly, out of date, and dirty” are terms they hope to never hear about their motorcoaches. That is why the Arrow team is constantly updating their motorcoaches to always be up to world class standards. Over the past 90 years, Arrow Stage Lines have had the goal to be the standard in world class motorcoach transportation. A refresh of motorcoaches that have had some miles on them over the years is one way that Arrow strives keep that standard intact.

Arrow Stage Lines is proud to unveil one of the most recent Arrow Paint and Body refreshes to this beautiful Setra Motorcoach. This is not the first motorcoach that APB has perfected, but it sure is something to brag about. This Arrow Stage Lines Setra motorcoach has a new dark red paint job that really shines in the sun. It also boasts brand new metallic silver Arrow decals that really provide a world class look when it pulls up to your next event. 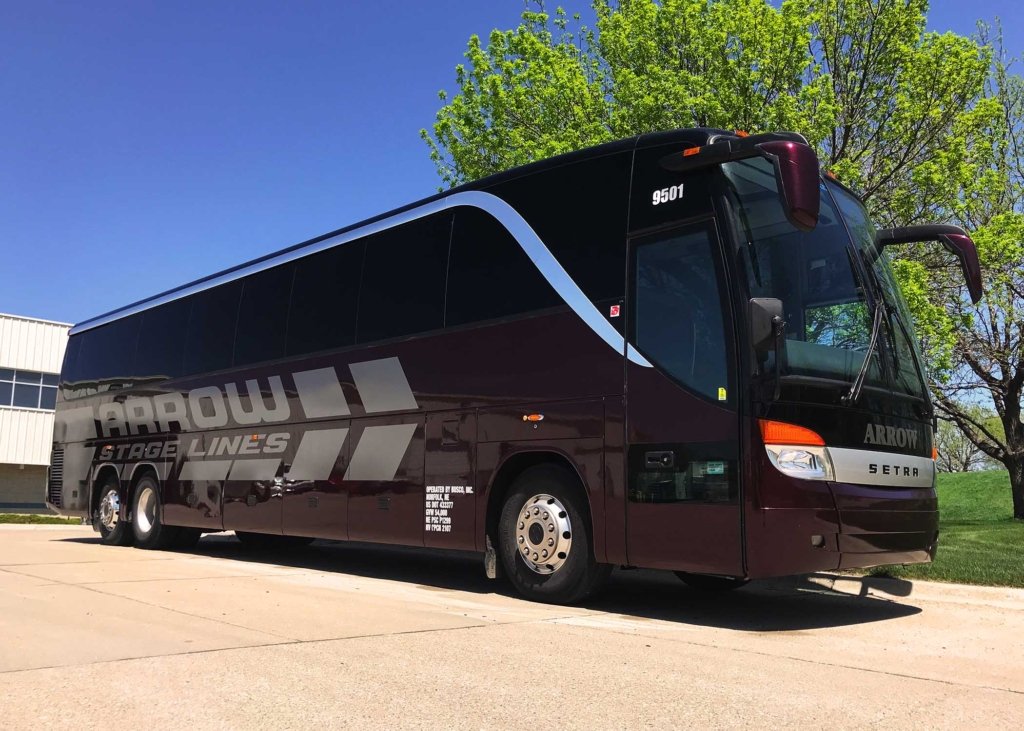 They did not stop there… This motorcoach went through a full interior update. Arrow introduced a two toned faux leather seat as that is sure to keep you comfortable throughout your entire journey wherever you may be going. With newly updated side and ceiling panels, you will smell how new this motorcoach really is. It also is fully equipped with 110v outlets, wifi on request, and a premium audio/visual system. When you walk into this motorcoach, you will be overwhelmed by the beauty and cleanliness of your “home away from home.” 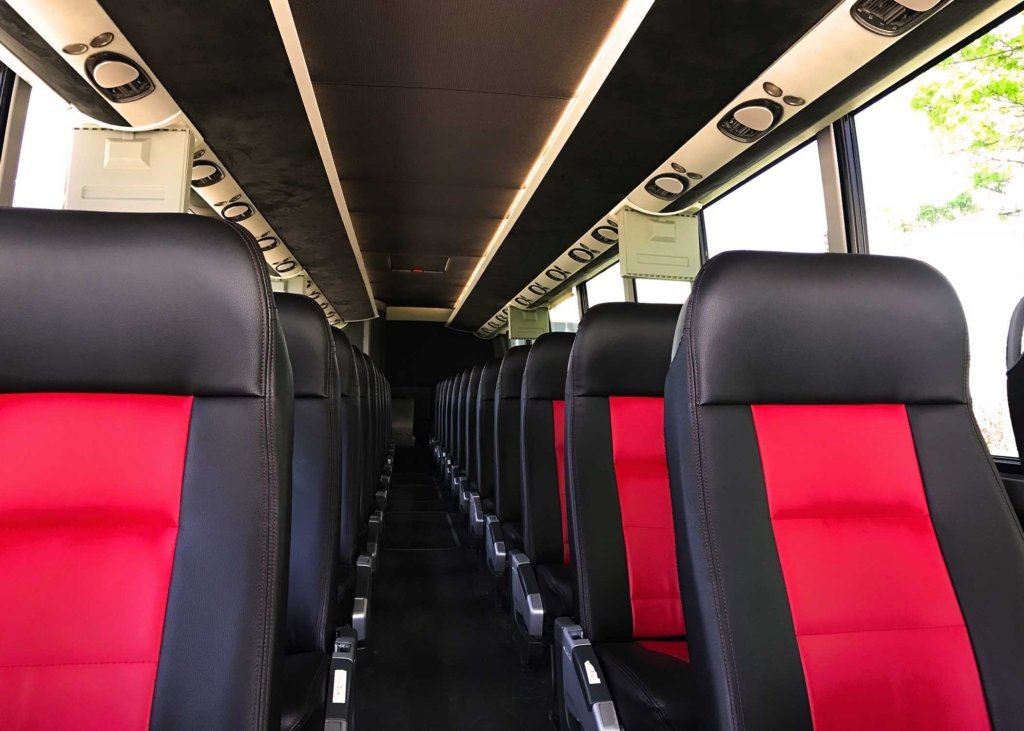 One new feature that Arrow Stage Lines just recently introduced in their refreshed motorcoaches is the Arrow Proud motorcoach captains chair. This chair is specifically designed for the comfort of Arrow’s professional motorcoach operators, as well as being a beautiful front seat. When operating such a large vehicle with up to 56 passengers on board, it is important that all motorcoach operators feel comfortable and safe so they can focus on the road ahead. 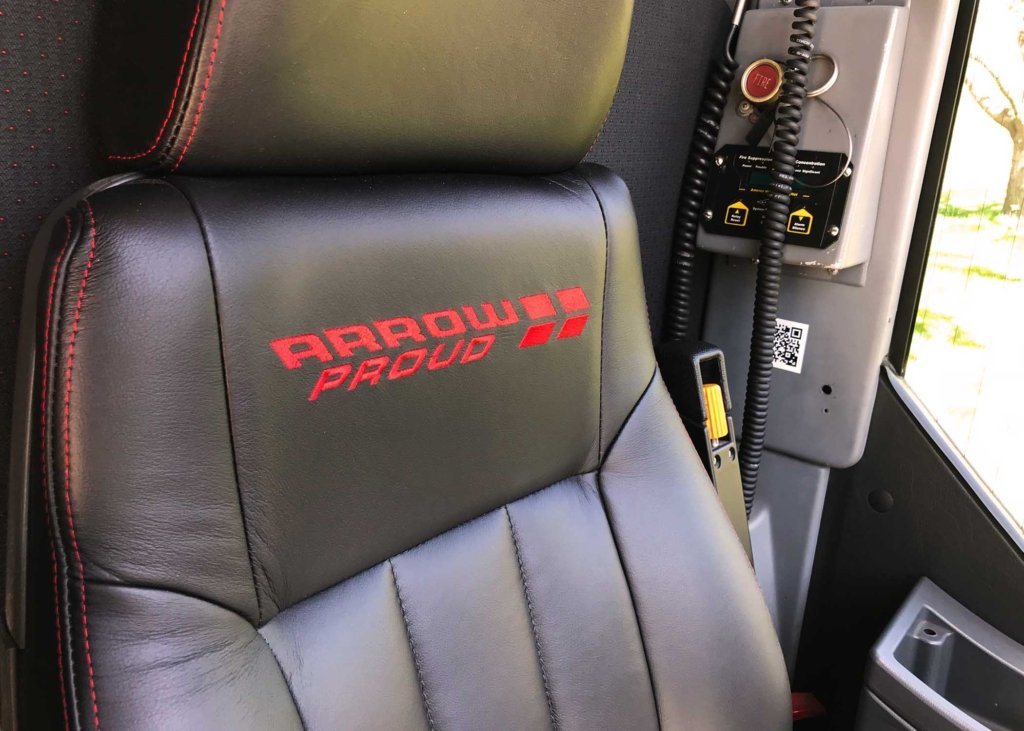 Although this may seem like a large task, Arrow Stage Lines is working on keeping their fleet up to date constantly. Arrow purchases multiple brand new motorcoaches each year as well as puts thousands of dollars in to each and every one of their coaches, no matter what. Arrow Stage Lines goal is not to be one of the best… It is to be THE BEST and the standard in motorcoach transportation. That is why every day they are working hard to provide safe, comfortable, and reliable transportation for every charter on the road!

To book your next trip with Arrow Stage Lines, click here!

How to Crush Your Monday and Win Your Week