Motorcoach Facts – Things You May Not Know 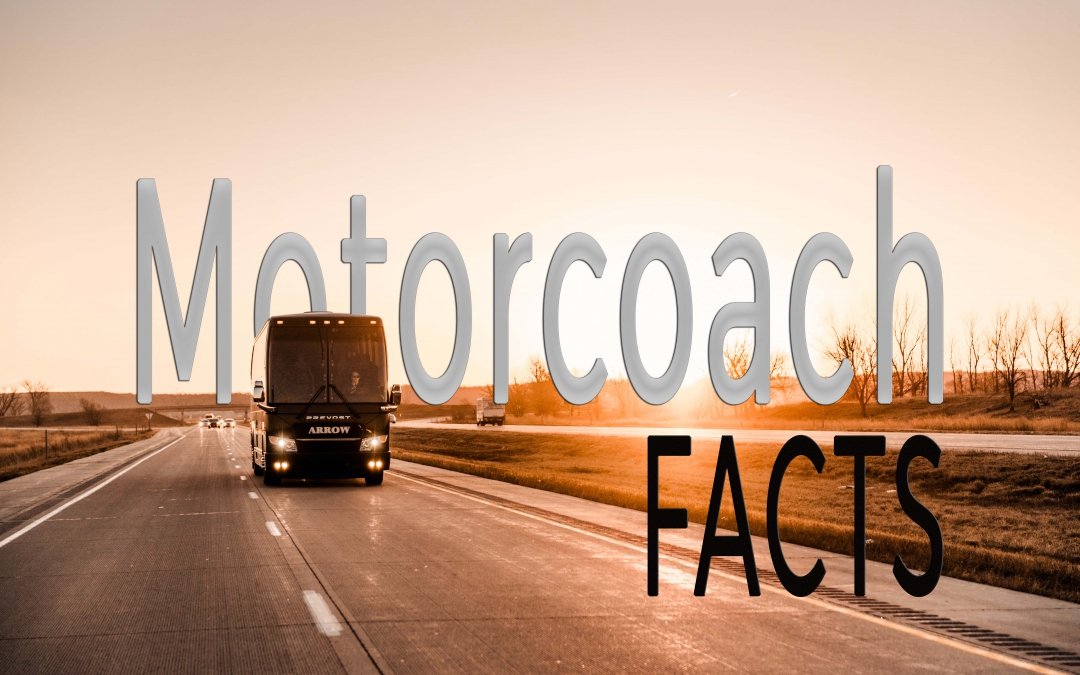 Motorcoaches are just like big cars that can hold a lot of people and carry them a long way, right? Not Quite! A lot of people do not realize how motorcoaches operate, how they move, what makes them move, and why they are so expensive. The purpose of this blog is to help people understand what really goes into these wonderful, massive, beautiful, people moving machines.

To start this off, we want to clarify that the facts stated below, are true for all of our Arrow Stage Lines’ motorcoaches.  This is not the case for every other motorcoach company. With that being said, most motorcoaches do basically operate the same, so some of the basics will be similar.

Here are some of our facts.

1. Arrow Stage Lines’ Setra motorcoaches have over 2.2 miles of wire and 1,389 electrical connections. In any average motorcoach, the main center tunnel of wires, contains over 700 wires. All of these wires and connections are necessary to help power the video screens, over 100 light bulbs, engine connections, radios and speakers, WIFI, and many more electrical components on the motorcoach. All of this is to help keep you safe, comfortable, and entertained, while traveling down the road.

2. A motorcoach has a massive engine with over 500 horsepower to push up to 54,000 pounds of weight in the vehicle. This is the equivalent of over seven full sized elephants! These massive motorcoaches have 8 huge tires that help keep them safe and going straight down the road.

3. When arriving at the charter’s destination,  the 54 passengers riding on the motorcoach will spend on average $10,950 during an overnight stay. That includes items like food, hotel accommodations, site seeing trips and adventures, purchasing souvenirs, and other miscellaneous things. This is a large number that many people do not think about. In a small town or area of a city, this can have a huge economic impact on the businesses and areas around it.

4. Some people have said that riding in a motorcoach is the most economical way to travel. Well, in fact, they would be correct. On average,  a motorcoach gets about 210 passenger miles per gallon (MPG). This exceeds all other forms of passenger travel, including planes, trains, and automobiles. Take the bus and make a positive impact on the world. It’s that easy!

5. The standard motorcoach is 45 feet long and 12 feet high. It has enough space for 54 passengers, a driver, and all of their luggage, and yet, it can make a tight right-handed turn onto a  two-lane road with ease. Some may wonder, how is this done? Well, motorcoaches were made specifically to travel in cities on tight roads, as well as cruise on the open highway at higher speeds. The wheel base is designed at a perfect length, that allows a 45 foot motorcoach to make a tight turn, but also provides enough stability to coast at highway speeds. If you hear a group of people gasp as you make a tight turn in a motorcoach, that is usually because they are so impressed that such a large vehicle is able to effortlessly do that!

6. Wifi? Movies? DirectTV? HDMI? Find My Coach? These are many of the features that the average customer asks for, and here at Arrow Stage Lines, we can usually deliver! These motorcoaches are now so technically advanced when it comes to an entertainment system setup, that we can provide you with these extra features. With options like DirectTV, DVD, WIFI, and HDMI plug ins, you can do about anything when it comes to visual entertainment. All of our motorcoaches also come with mega sound systems, that are supported by subwoofers built into the ceilings and floors. It is like being in a traveling cinema at 68mph. For a full list of features, click here.

7. $$$ Invested. Most people do not realize how much the average motorcoach costs. Many companies do not like to share how much they paid for a motorcoach.  One thing you can be sure of, the price tag is above the one half million dollar mark! These graceful beasts that we call motorcoaches, have so many complex moving parts and are so large, that everything is more expensive. In the end it all comes down to passenger safety and comfort.  At Arrow Stage Lines, that is the standard, and not just a goal like other carriers.

While we could go on and on, and share many more facts about our motorcoaches,  (you would probably get bored.), So, we will sum it up with this. Like any production or business, there is a lot more that goes into what you see on the surface. These remarkable machines are mind blowing when it comes to the safety systems, electronics, engine systems, interior comforts, and sustainability when you find out how they truly work. Next time you are on an Arrow Stage Lines’ motorcoach, take a look around. You will be surprised at the attention to detail, when it comes to every single moving part involved.

To book your next trip on these beautiful motorcoaches that we have been talking about, click here!

5 Reasons Your Next Trip Should be in a Motorcoach