Could this be the Greenest Bus in the World?

The green cause is something that has come to the forefront of many people’s minds and is high on the agenda of countries around the world. Over recent years many countries have been aiming to promote this cause, putting environmental health at the center of everything from disposal of refuse through to transport systems.
When it comes to green transport, Adelaide in Australia has a huge feather in its caps, as it is home to what has been described as the world’s greenest public transport system. By embracing solar power, the city is looking to slash emissions and improve environmental health.

The Tindo Buses – Greenest Bus in the World?

One type of public transport that forms part of the sustainability plan for the city is the fleet of Tindo buses. There are no emissions with these vehicles as they are electric. These unique vehicles are actually charged up like your cell phone at the central bus station in the city and can then cover around 125 miles before needing to recharge. Looks like a contender for the title of greenest bus in the world, eh? 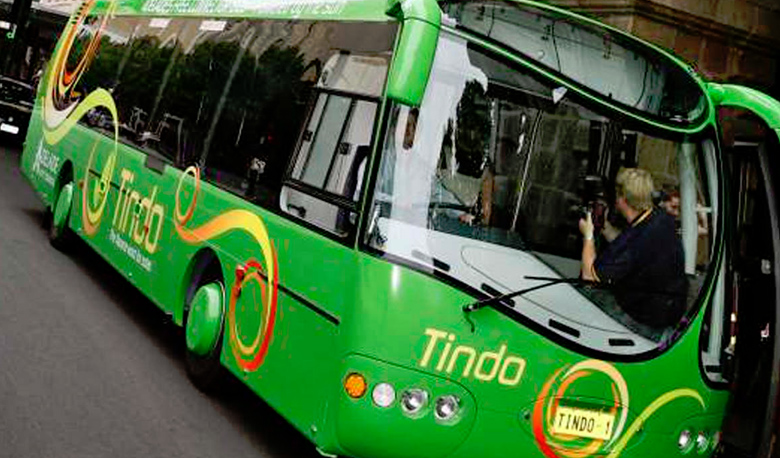 The vehicle also benefits from greater energy efficiency, which is boosted through its unique regenerative braking system, which further adds to its green credentials. With the ability to carry 40 passengers at any one time, the Tindo is even able to offer air conditioning and free WiFi, so not only is it green but it also offers comfort and mod-cons.
In just a matter of months, these buses have made a huge difference to carbon emissions and fuel savings, making them a real asset to the world of green transportation systems.
If you would like to bring your group on a great motorcoach journey, Arrow Stage Lines will take you there and back in comfort and safety. Contact us here to Book a Motorcoach today.

Bus Travel has Come a Long Way: Some of the Remarkable Features Now Standard on a Motorcoach