Arrow Stage Lines is a founding member of the motorcoach council and is proud to be part of the Get Motorcoachified campaign. The slogan encourages consumers to take action and experience motorcoach travel first-hand, citing comfort, luxury amenities, state-of-the-art technology and environmental efficiency.
The Get Motorcoachified campaign has kick off the campaign with advertising wraps on the sides and backs of member coaches. Arrow Stage Lines put the wrap on a motorcoach in our Kansas City Market and here are some pictures of the motorcoach with the wrap. 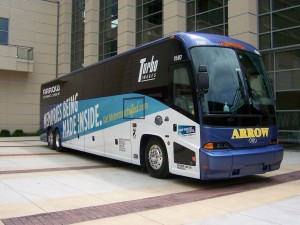 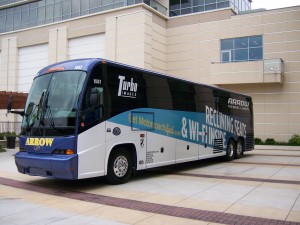 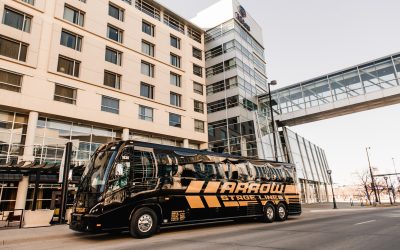 Technology available to you on every trip