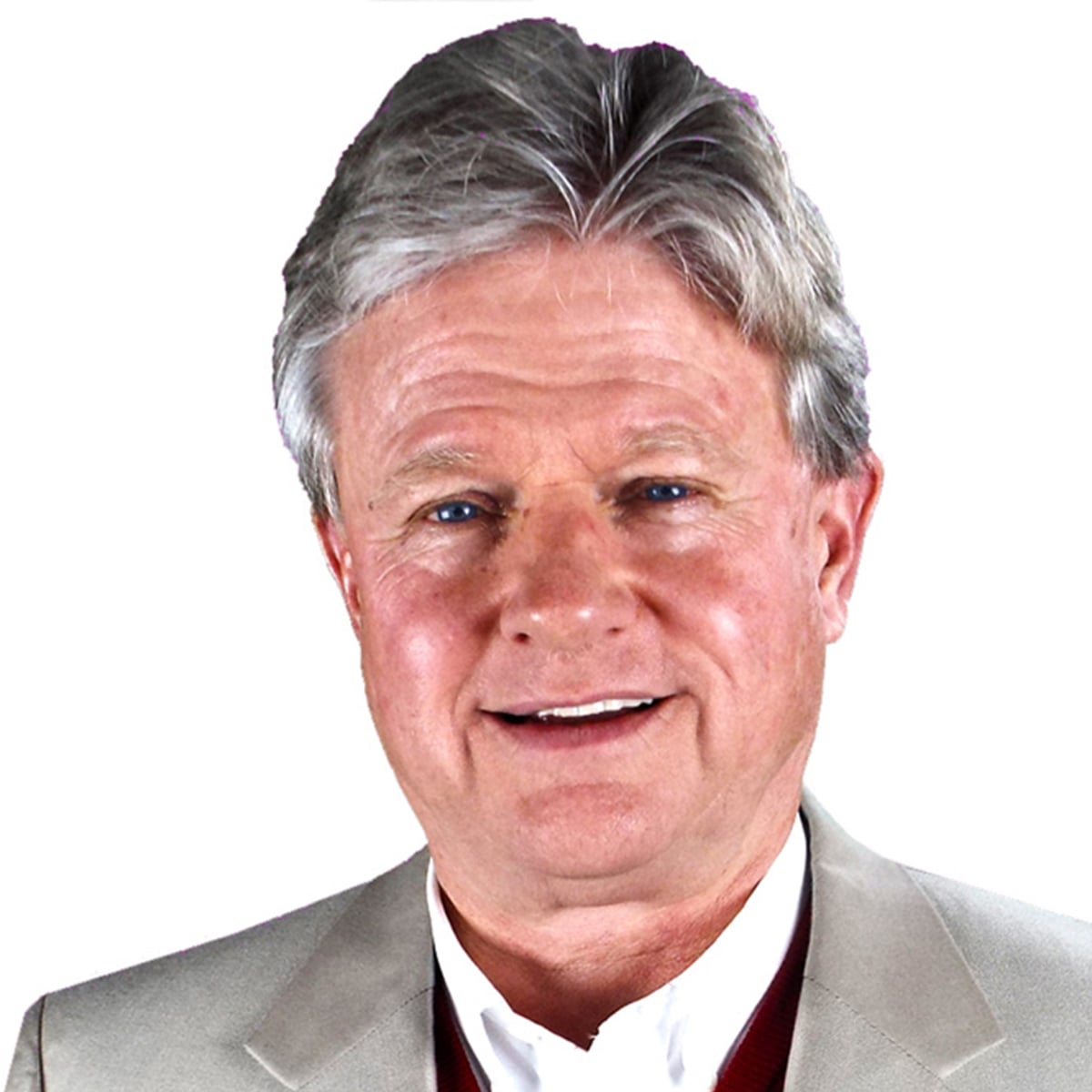 Chairman of the Board

Steve has been around the motorcoach industry his entire life. He began working for Arrow Stage Lines in 1980 and has worked in a variety of positions, before serving in his current role as Chairman of the Board since 2020.

Steve’s passion as Chairman of the Board is centered around making sure that all of our locations are focused on providing world class service to our customers.

Steve was born and raised in Norfolk, Nebraska, and received his BA in Psychology from the University of Nebraska, at Lincoln. Steve is married and has two sons that continue to “let” him work in the family business. When not at work, Steve enjoys doing local volunteer work for a variety of organizations (Rotary Club, FCA, LifePoint Church, and CBMC) and golfing.

Fun Fact: Steve’s first job in high school was selling ice cream in a red Willey’s jeep, up and down the streets of Norfolk, Nebraska. He may have been the very first “ice cream man” in Norfolk! 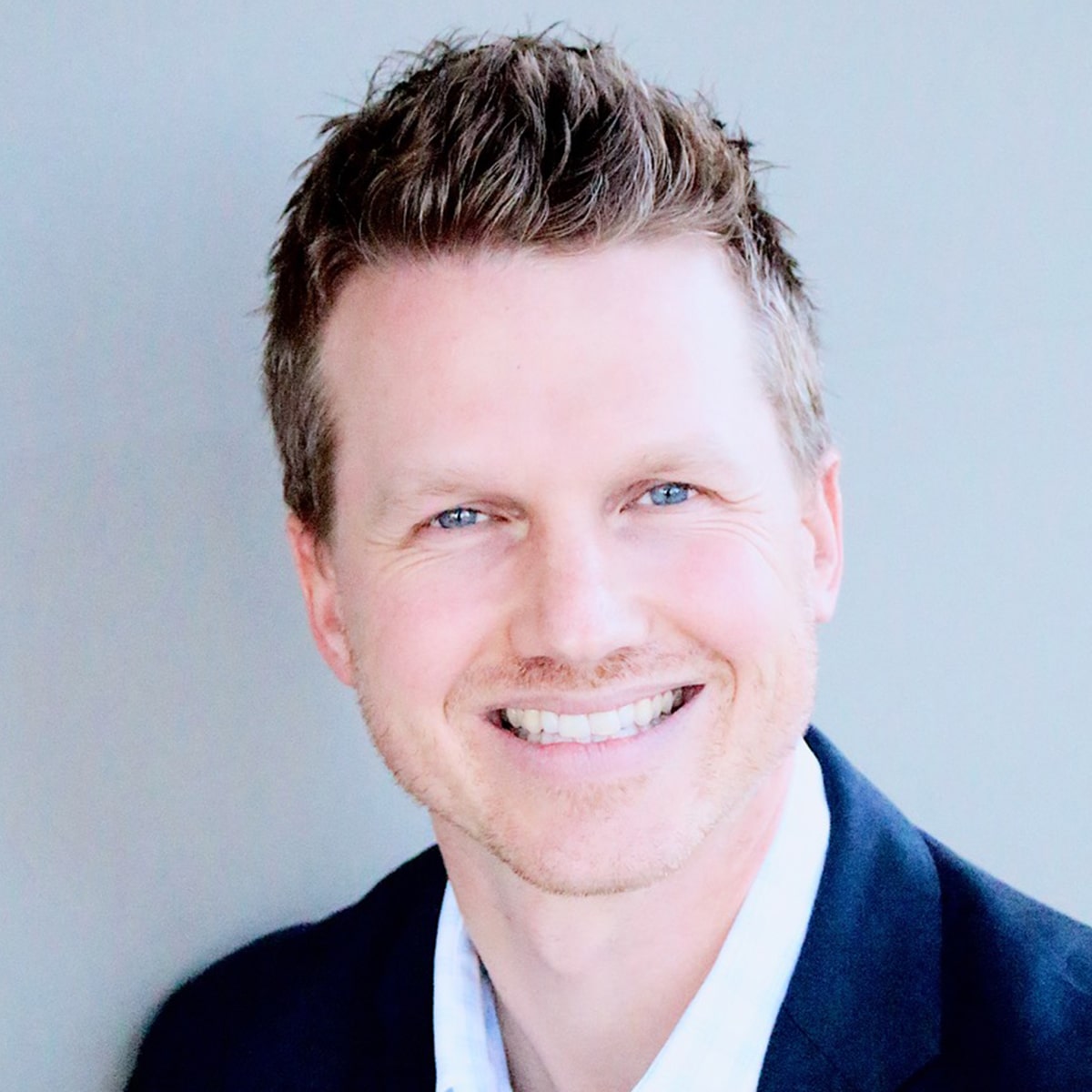 Luke has been working for Arrow Stage Lines since 2000, in a variety of different roles. He has been serving in his current role as COO since 2013.

Luke’s passion as COO of Arrow Stage Lines is the ability to make a positive difference in someone’s life.

Luke grew up in Norfolk, Nebraska and now resides in Omaha, Nebraska, and offices in the Omaha office as well. Luke received his BA in communications from the University of Nebraska, at Lincoln. You can find Luke spending time with his family, and their pets: 2 dogs, a bunny and a hamster. Luke also enjoys attending and watching the Nebraska Cornhusker games.

Luke has been working for Arrow Stage Lines since 2000, in a variety of different roles. He has been serving in his current role as CEO since 2020.

Luke’s passion as President & CEO of Arrow Stage Lines is the ability to make a positive difference in someone’s life.

Luke grew up in Norfolk, Nebraska and now resides in Omaha, Nebraska, and offices in the Omaha office as well. Luke received his BA in communications from the University of Nebraska, at Lincoln. You can find Luke spending time with his family, and their pets: 2 dogs, a bunny and a hamster. Luke also enjoys attending and watching the Nebraska Cornhusker games. 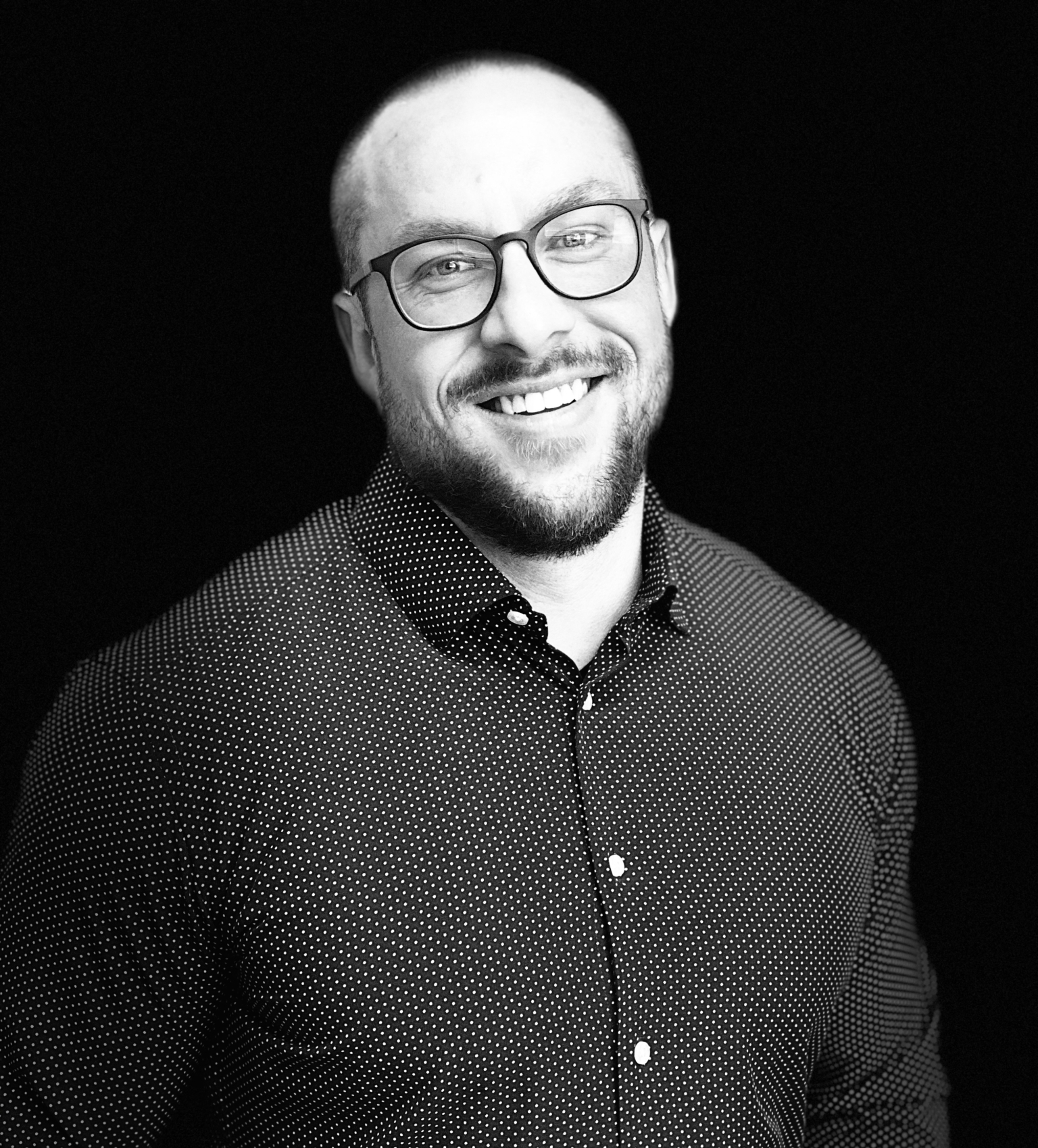 Jeff began his career with Arrow Stage Lines, in the Las Vegas location in 2013. He is currently serving in the positon of Chief Operations Officer, located in the Omaha, Nebraska office.

In Jeff’s role of COO, he is passionate about working with the amazing people at Arrow Stage Lines, serving our client base, and providing them with the world class service the company is known for.

Jeff attended the University of Nevada at Las Vegas and the Western Governors University. He enjoys spending his free time with his wife and four children.

Fun Fact: Jeff is known around the office as Iron Man. 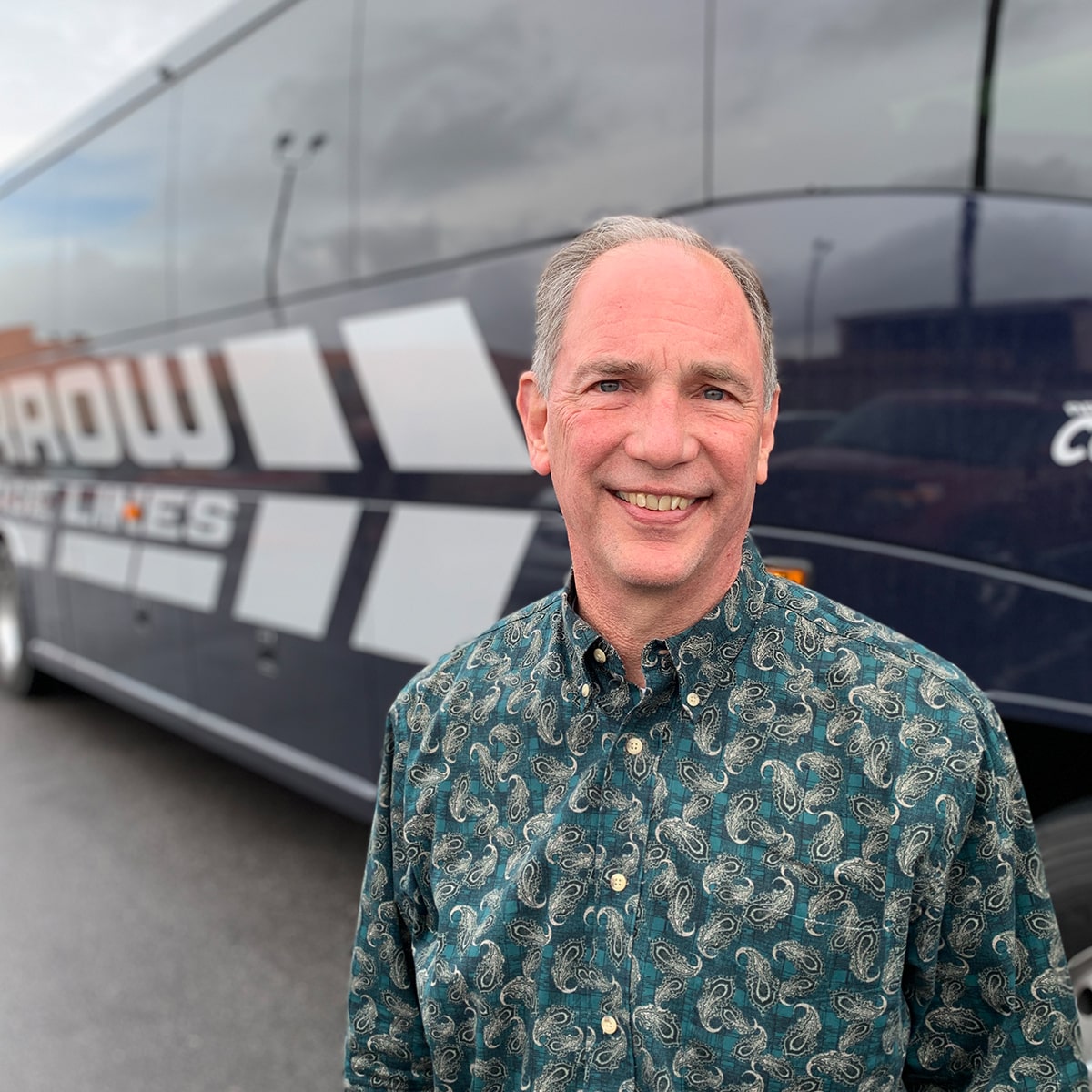 Jeff has 30+ years of experience in the Accounting field, and has been with Arrow Stage Lines for 12 years. Jeff works in the Omaha, Nebraska location.

Jeff’s passion in his CFO position, centers on our customers. We do hundreds of trips every day, but today may be someone’s very first trip with us, so we need to make sure they are satisfied and want to come back!

Jeff received his Accounting degree from the University of Wisconsin and also completed his CPA certification. In his free time, he enjoys running, playing golf, and spending time with his grandkids. 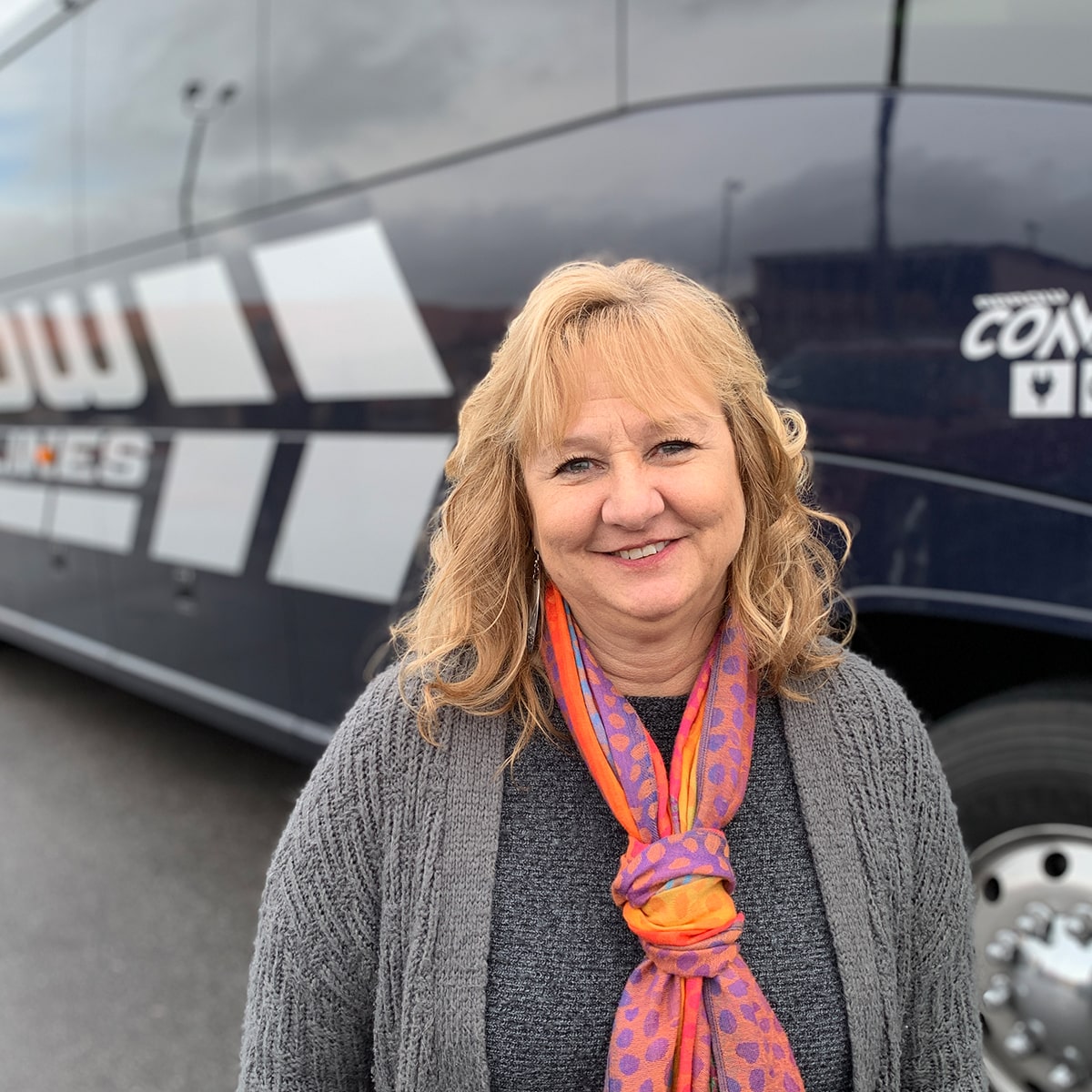 Chelle has worked in Human Resources for 25+ years, with the last four at Arrow Stage Lines. Chelle works in the Omaha, Nebraska office.

Chelle’s passion as VP of Human Resources lies with the exceptional team members at Arrow Stage Lines. She enjoys working with and helping others to grow, succeed, and accomplish their goals.

Chelle grew up in Omaha, Nebraska, and then moved to rural Iowa. Chelle attended Bellevue University and has obtained her PHR and SHRM-CP designations for Human Resources professionals. She is an avid Iowa State Cyclone fan and enjoys spending time with her family, camping, watching college football, and any sports her grandkids are playing!

Fun Fact: Chelle’s dream job is to win the lottery (if she could remember to buy a ticket), retire, and then volunteer full time! 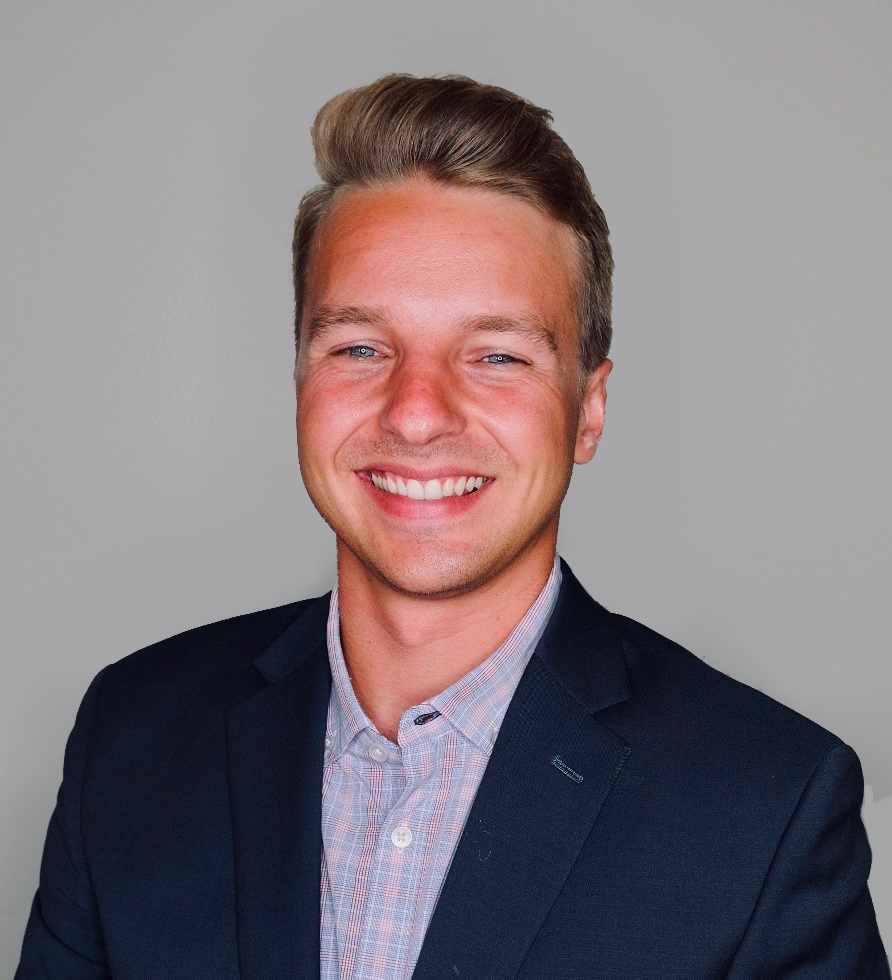 Alex Busskohl has been working in the motorcoach industry since 2013, in a variety of different roles. He has been serving in his current role of VP of Operations and Business Development since 2020.

Alex’s passion as the VP of Operations and Business Development is to provide customers and team members the opportunity to experience world class service and safe travel. He believes Arrow Stage Lines is an industry leader and innovator, and works passionately to uphold that standard of excellence.

Alex grew up in Norfolk, Nebraska, but currently resides in Omaha, Nebraska, with his wife and their golden retriever, Beau. Alex attended Northeast Community College, and the University of Nebraska at Omaha. He grew up loving anything with a motor (cars, boats, motorcycles, planes, and buses), and his favorite teams are the Huskers and Cincinnati Reds.

Fun Fact: At the age of 21, Alex made a goal to receive every license possible for the vehicles he loves. That consisted of a driver’s license (cars and trucks), commercial driver’s license (CDL for buses), motorcycle license, boating license, and a private pilot’s license. Alex currently possesses each of these licenses! 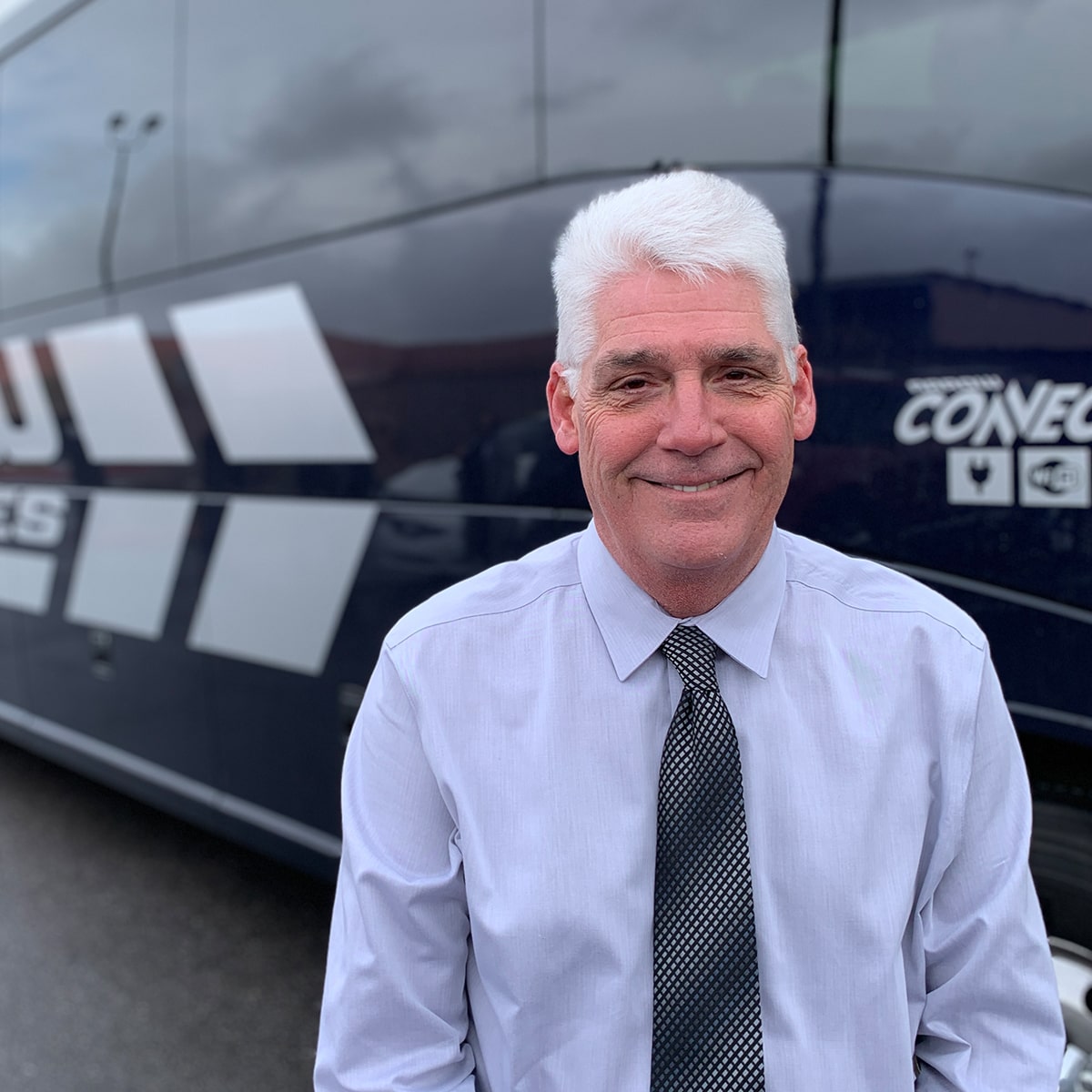 Chuck has been working at Arrow Stage Lines for over 30 years, and brings over 33 years of experience to his position. Chuck works in the Kansas City, Missouri office.

Chuck’s passion as VP of Operations and Business Development is to provide clients with the most positive motorcoach travel/tour experience possible and deliver what we promise. He is positive and supportive to those he works with in the Heart of America Region, as well as those that are company-wide. Chuck is driven to uphold the success and foundation of Arrow Stage Lines, which so many have worked hard to create.

Chuck works in our Kansas City office, and when not working, you can find him spending time with his family and reading. Chuck also really enjoys warm climates!

Fun Fact: Chuck’s dream job would be a basketball coach 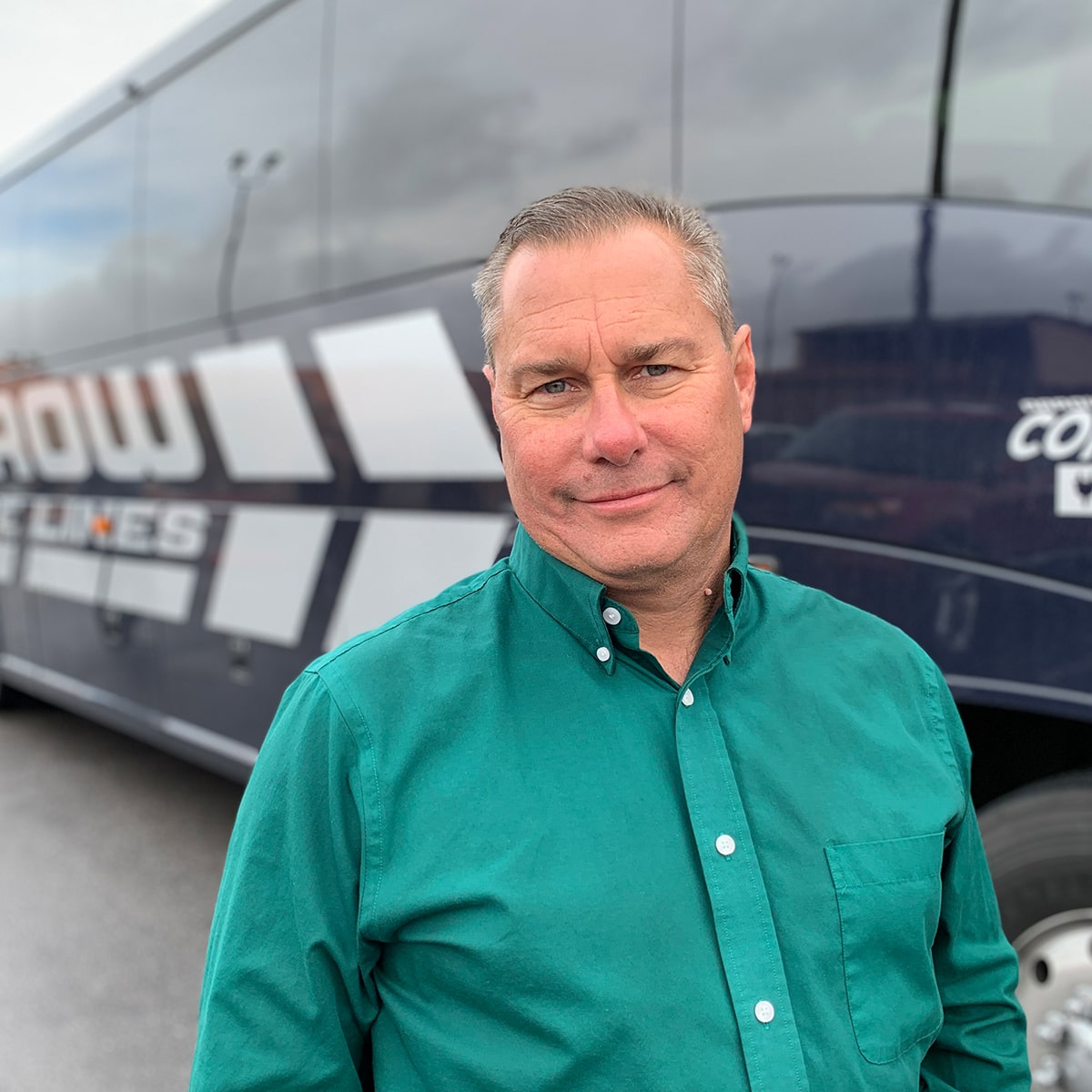 Todd grew up in the motorcoach business and joined Arrow Stage Lines in 2005.

Todd’s passion as VP of Operations and Business Development is seeing people experience a safe and relaxing trip on and Arrow Stage Lines motorcoach. Todd is passionate about working with his team’s in Phoenix and Las Vegas and challenging them and himself to improve each and every day.

Fun Fact: Todd used to be a crew chief on a Sprint Car team until he started a family and decided to focus on his career. 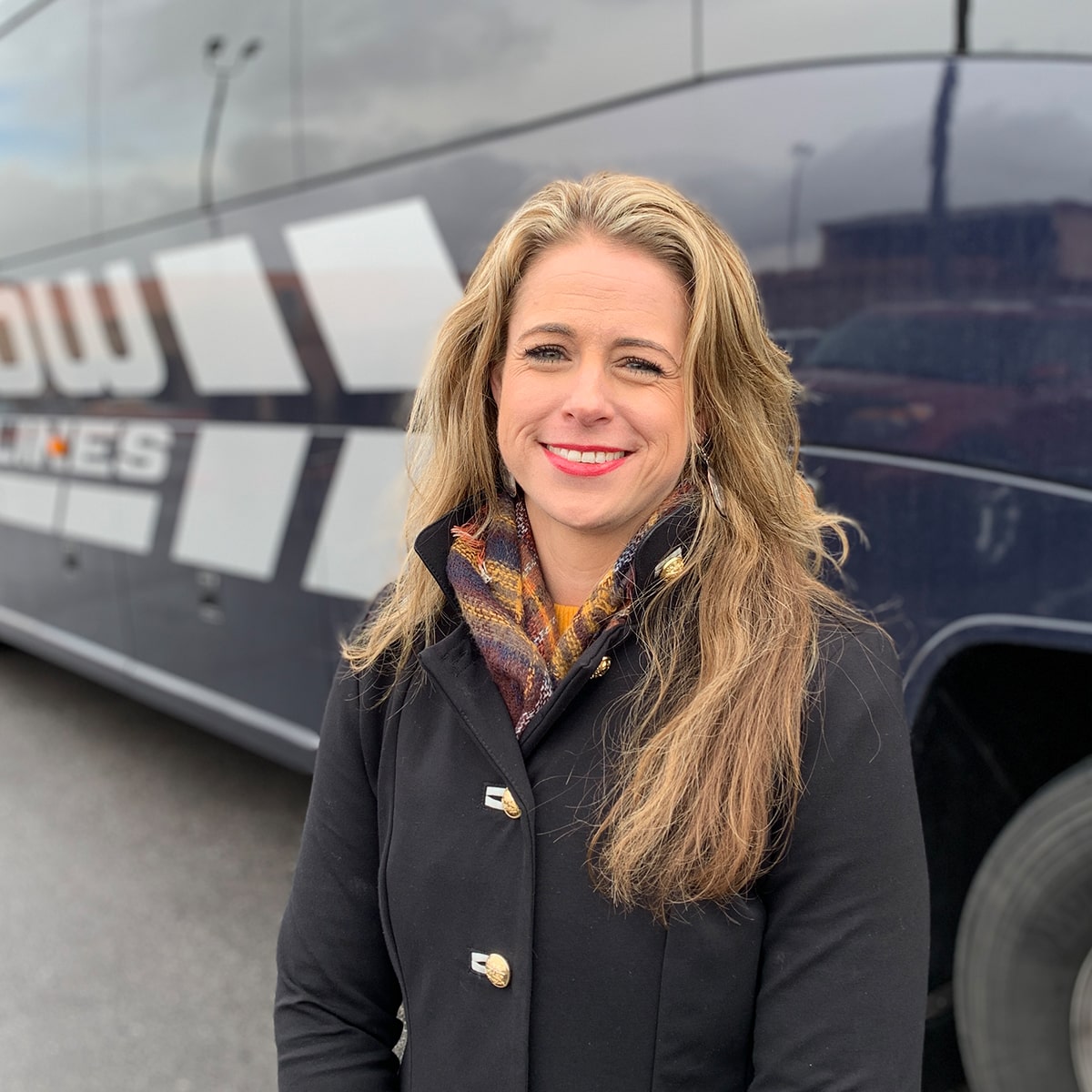 Cassie started her career with Arrow Stage Lines 15 years ago, and has worked in the Safety department for the past ten of those.

In Cassie’s safety director position, she is passionate about working for a company with so much history, and being a part of its growth and continued success.

Cassie was born in Vail, Colorado and Graduated from the University of Denver. In her free time, she enjoys cheering on the Denver Broncos, and taking her horses to competitions all over the country to compete. 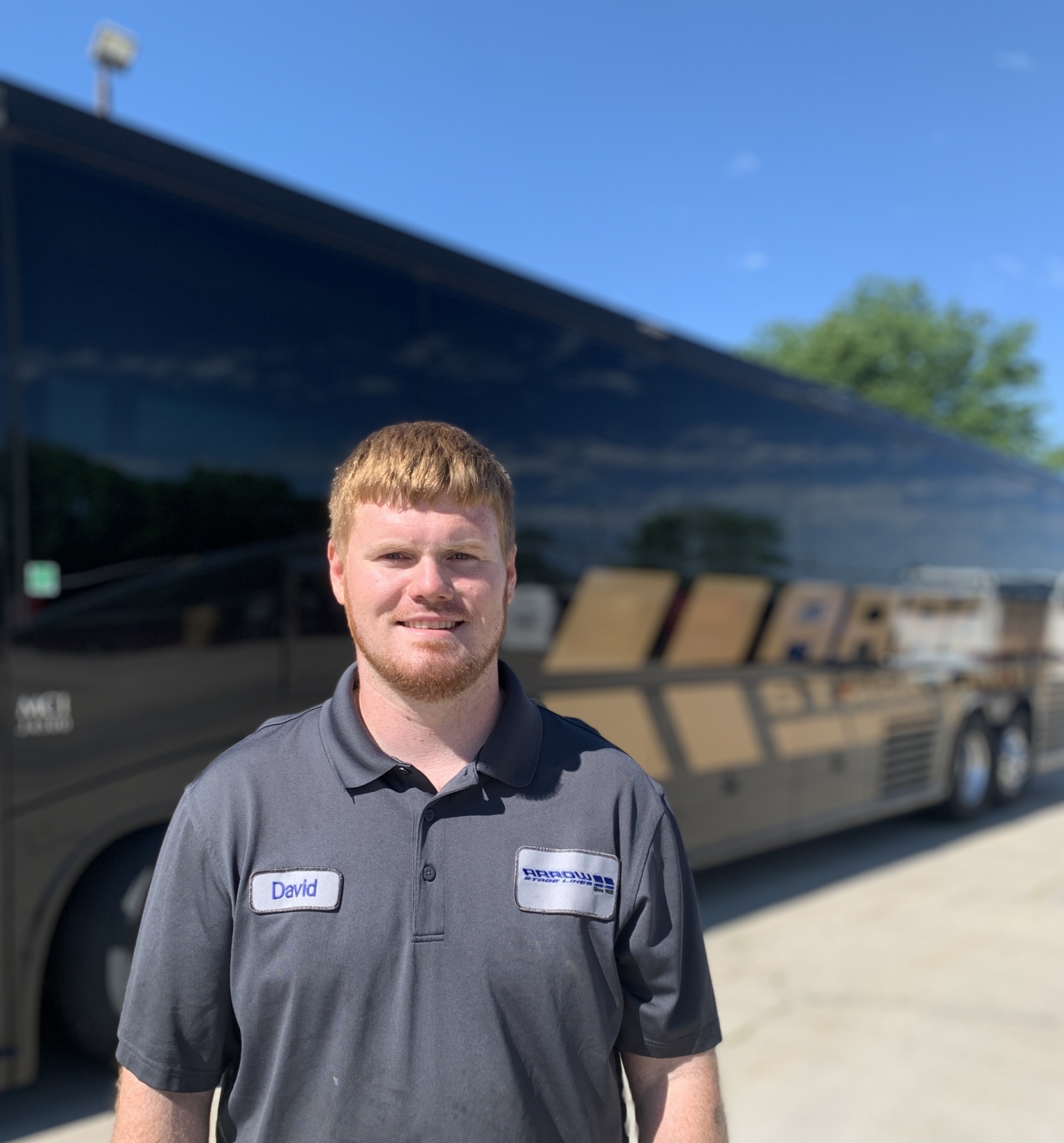 David started his career with Arrow Stage Lines in 2001, and has worked in the Maintenance department ever since.

In David’s maintenance director position, he is passionate about providing world class, defect free equipment for all of the amazing customers we work with every day.

David was born in Omaha, Nebraska where he currently resides. In his free time, he enjoys hunting and fishing as well as spending time with his family. David is married to Melissa and has two children, Drake and Marie.

It was an incredible experience from start to finish. We definitely plan to use Arrow again. The office staff and driver were AMAZING!!!