Arrow Stage Lines is a family owned charter bus company, and has been providing superior charter bus rental service since 1928. We are proud to offer our services to a wide variety of services including including VIP shuttle service, business travel, tour charter bus operators, athletic bus charters, school bus rentals, civic group transportation,  weddings, churches, and conventions, and many more. Arrow is one of the largest privately held charter bus companies in the United States, with a nationwide network of charter bus service facilities. This network allows us to be highly responsive in rare cases. Over the last three years, our charter bus coaches have traveled more than 60,000 miles without a mechanical disruption. During rare disruptions, our charters were delayed an average of less than 74 minutes. This network allows Arrow Stage Lines and Arrow Nationwide Ground Logistics the ability to serve not only our local markets but provide nationwide services as well. Our highly experienced team aims to always deliver confidence by handling your charter needs efficiently, and safely. Our safety record is better than 97% of coach carriers in the country and Arrow is the nation’s only charter and transportation company to offer an On-Time Promise. Thank you for visiting us and we look forward to serving you sometime in the near future. Learn more about how you can Experience Confidence with Arrow Stage Lines, or choose Quick Quote to start your planning your journey today.

Arrow Stage Lines was named the 2019 Motorcoach Marketer of the Year and the 2019 Environmental Leadership awards by the United Motorcoach Association.

Arrow Stage Lines was named the 2017 Operator of The Year by LCT Magazine.

Arrow Stage Lines acquired a new location moved into the Fort Collins, CO community to expand services and coverage in the state of Colorado. The Globus Family of Brands selected Arrow Stage Lines as one of the TOP 3 North American providers. Arrow Stage Lines was recognized as having the second best safety performance overall and received the Silver Trax President’s Circle Risk Control Award.

Arrow Entertainer was announced in 2014. A new business venture that used highly specialized equipment to serve a unique customer base. Attracting attention from production tours and concert tours, Arrow Stage Lines, the parent business, began adding even more equipment. The company continued to have sights set on western expansion and added new location in Mesquite, NV. 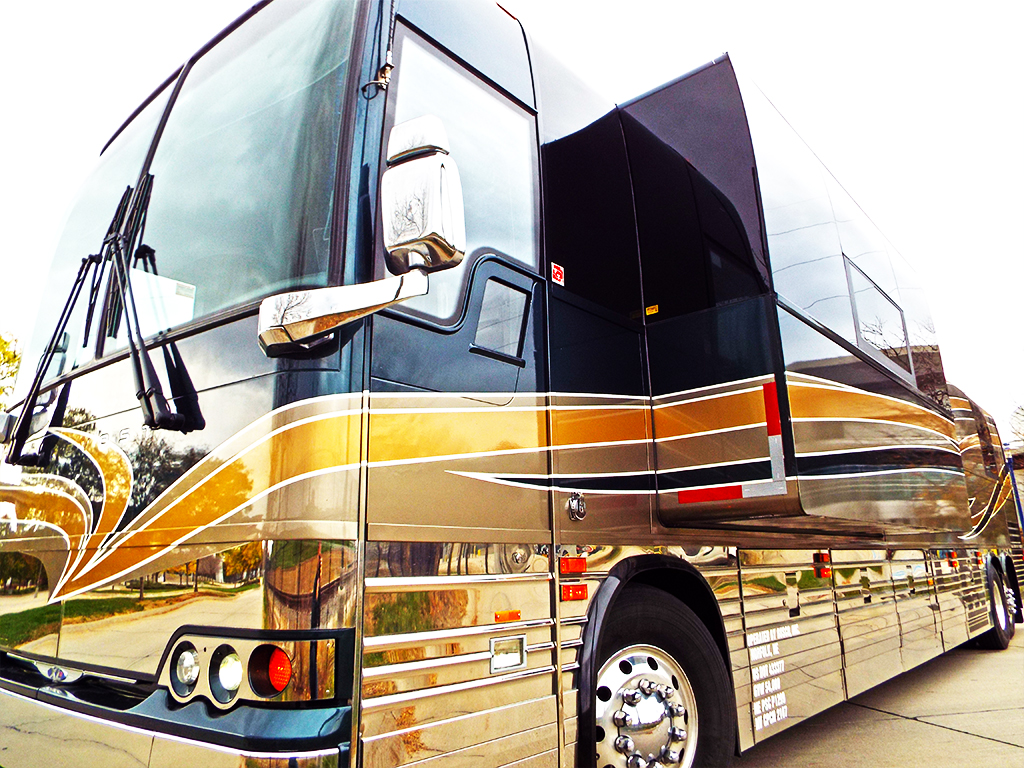 The company launched a logistic management company based on the principles of a simple customer service provided at Arrow Stage Lines. Arrow Nationwide Ground Logistics was created to provide customers with access to quality ground transportation solutions, nationwide. The Globus Family of Brands selected Arrow Stage Lines as one of the TOP 3 North American providers. Arrow Stage Lines received the Trax President’s Circle Risk Control Award as recognition for being one of the top 16 safest carriers.

Arrow Stage Lines received the Trax President’s Circle Risk Control Award as recognition for being one of the top 16 safest carriers.

Luke Busskohl, 4th generation family member and the son of Steve Busskohl joined the business after working as a motorcoach operator for years prior. After Luke’s arrival in the business, the company continued expanding, but started moving in the direction of new business ventures as well.

The company focused back toward the west, and began providing service in Las Vegas, NV. This new location provided a central point between the company’s Phoenix, AZ and Denver, Co locations, added in the previous years.

The company moved in an opposite direction from previous additions, and went east to open a new location in Des Moines, IA. The new location provided Arrow Stage Lines with opportunities across the entire stretch of I80. 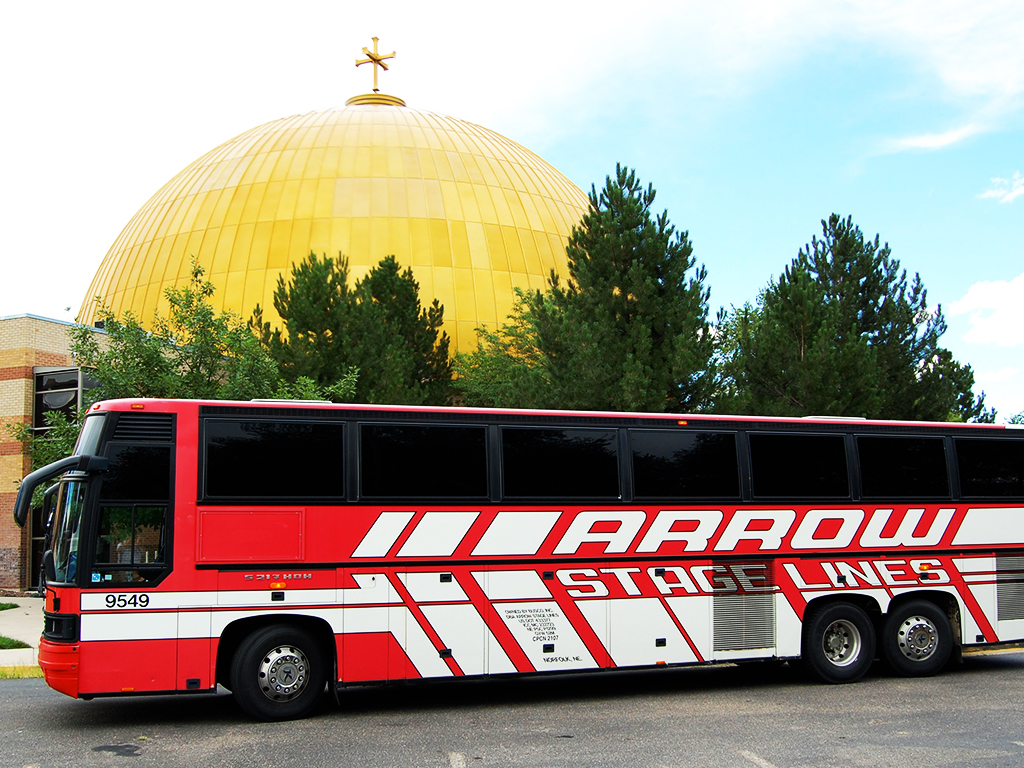 Six years after adding its ninth location, Arrow Stage Lines made a jump into the Colorado market and founded a facility in Denver, CO. The new location was directly in line with the company’s hopes to continue expanding into new cities.

Near the end of the 80’s Arrow Stage Lines added a sixth location in Kansas City, MO. The newly added location put Arrow Stage Lines in a position to start serving both Kansas and Missouri customers. Later the company expanded even further into the state of Kansas, adding locations in Topeka and Manhattan.

Later the company expanded even further into the state of Kansas, adding locations in Topeka and Manhattan.

In the 80’s Arrow Stage Lines added three new locations, and expanded services into two new states. The first addition came in 1983, and became the company’s fourth location overall. The company opened a facility in Lincoln, NE and now had opportunities to serve the entire eastern state of Nebraska.

The family tradition continued when the 3rd generation, Steve Busskohl, Doyle Busskohl’s son, joined the business in 1980. After Steve’s arrival in the business Arrow Stage Lines began expanding to all areas of the nation. 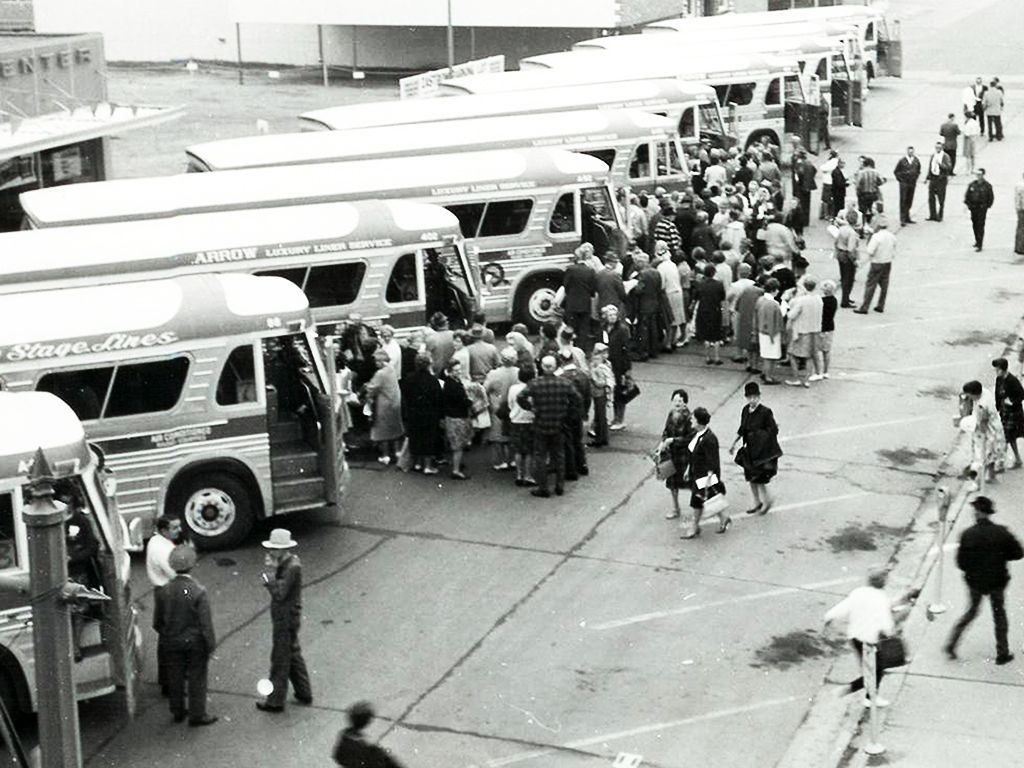 Arrow Stage Lines began to grow and open a second facility in Omaha, NE. This new location provided the company with more opportunities, additional routes and the ability to serve even more customers.

After realizing his newfound business venture provided people with a much-desired service, Carl started expanding with a larger vehicle and later began adding equipment and drivers. In 1950, after experiencing growth, the second generation, Doyle Busskohl, Carl’s son, joined the business. Eager to learn and expand on his father success, Doyle was the beginning of a truly family owned transportation company. Doyle’s key to growing the business was rooted in one main idea, a passion for customer service. 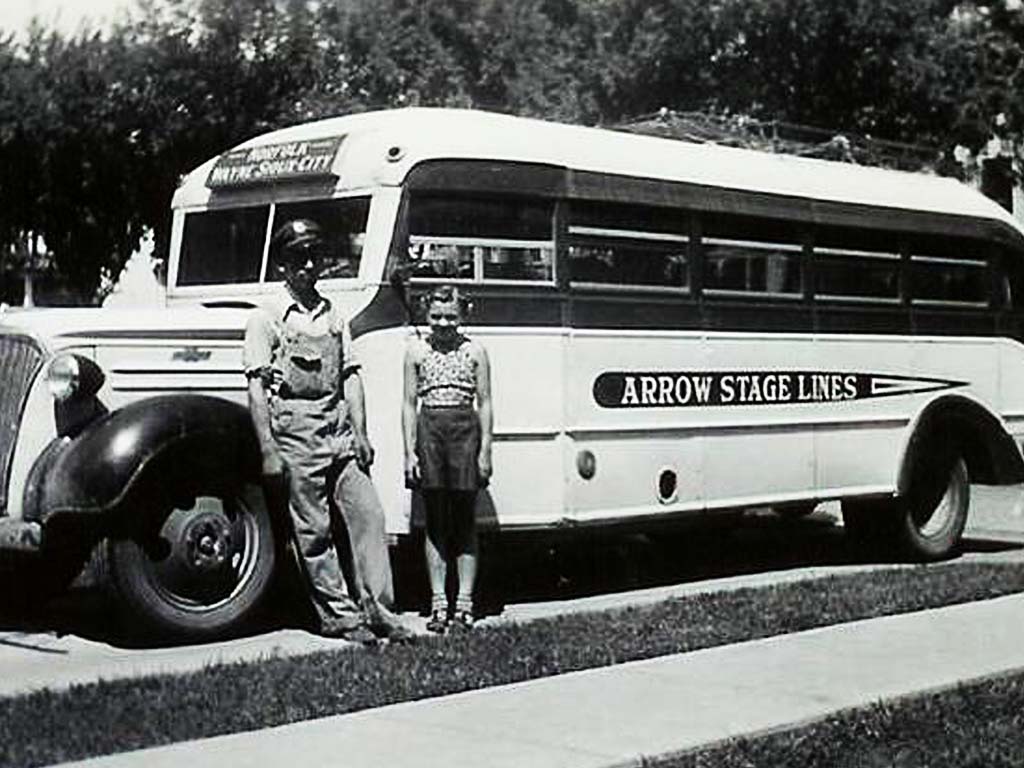 Carl Busskohl founded Arrow Stage Lines in 1928, after he began providing a friendly service to people in the Norfolk, NE community. Carl began transporting mail and bread from Norfolk, NE to Sioux City, IA. Shortly after starting the new route, people began asking for rides. Carl began filling the empty seats with passengers who were eager to travel. After realizing the popularity of providing transportation service, Carl started requesting a small fee in exchange for transportation. 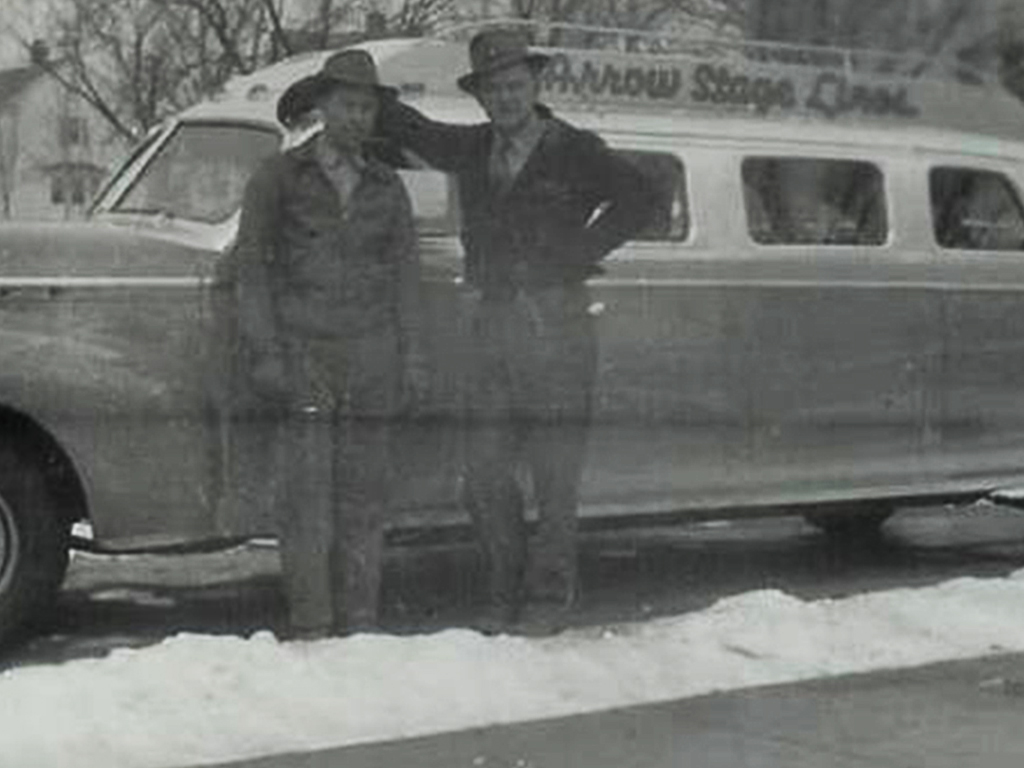 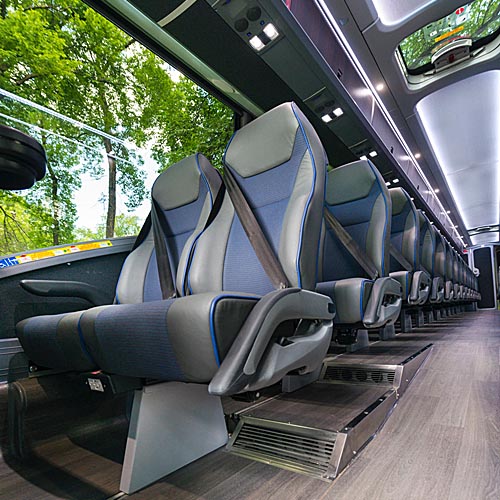 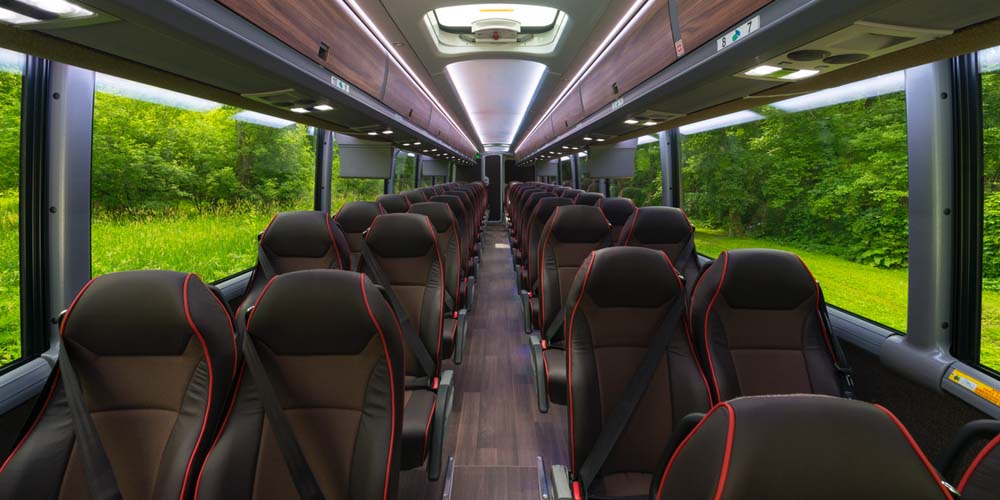 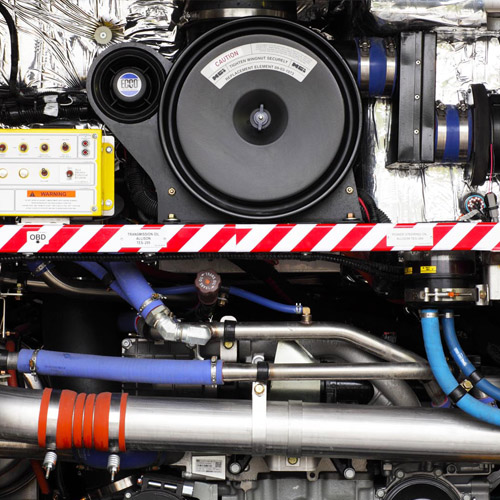 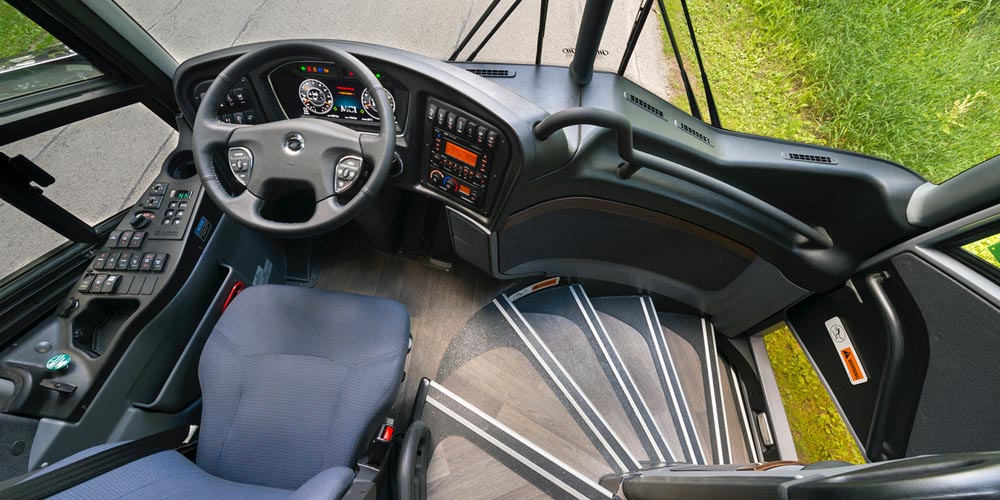 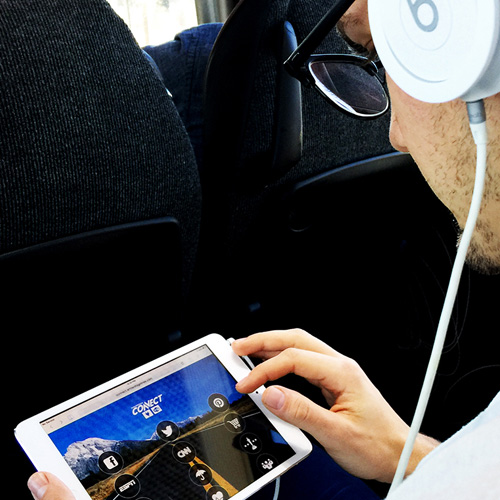 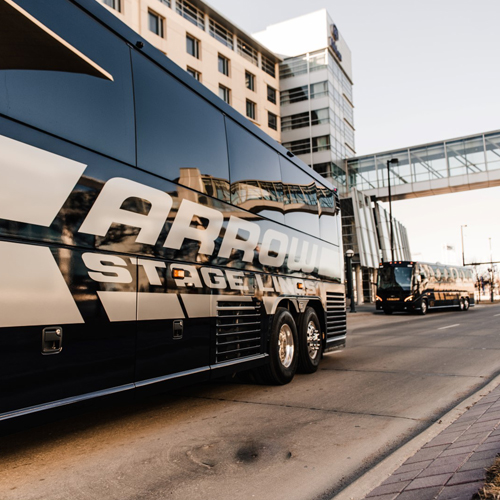