A Day in the Life of a Motorcoach Operator 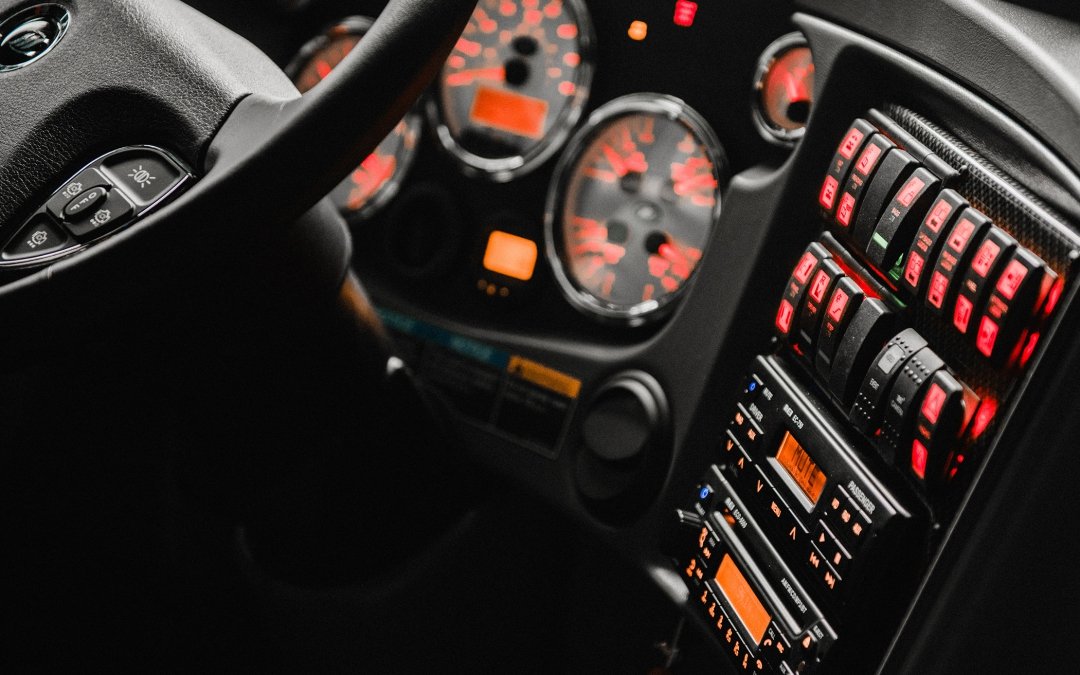 Have you ever wondered what a day in the life of a motorcoach operator is like? A lot of us see what it is like as a passenger. The motorcoach operator shows up, drives us to where we need to go, and drops us off. What we don’t see is all of the preparation, the routing, and the work that all goes in to provide safe and comfortable travel for us.

We were able to have one of our Arrow Stage Lines motorcoach operators outline one of his trips he recently did and explain what his day looked like. Take a look at “A Day in the Life of a Motorcoach Operator.”

3:30 AM – My alarm just went off and you I’m getting an early start today. I woke up, showered, and got ready for a long day ahead. My group is a small university basketball team headed that is headed to Fort Wayne, Indiana.

4:30 AM – I hopped in my truck and headed to the Arrow yard. I live about 40 miles away, so I always like to give myself at least one hour of travel time in case I run into traffic or construction. I also like to stop for a donut if I have time… (I always have time.. haha)

5:30 AM– My start time! Thankfully the university pick up is only 10 miles down the road, so I will have plenty of time to get ready for my 7 AM spot time. I pulled my truck up right next to my beautiful Arrow Stage Lines motorcoach. My traveling buddy for the day was a 2014 MCI J4500 black and grey motorcoach. This beautiful motorcoach had just over 200,000 miles on it, but it still looked brand new.

6:00 AM – Pre-Trip has started and it is going well. One of our mechanics was generous enough to let me pull my motorcoach into the shop because it was freezing outside. (literally.. it was 12 degrees outside) All fluids are topped off and the restroom was filled. Interior was spotless thanks to our cleaning crew, and the exterior was shining from the lights in the shop. I knew this would not last long because of the snow I was about to drive through, so I cherished my time with my clean motorcoach.

6:30 AM – I had 30 minutes left until I had to spot at the university and I was finishing all of my navigation checks. We were headed about 7 hours down the road and fortunately it was somewhere I had been before. I always like to have a GPS hooked up in my motorcoach, but my goal is to not rely on it. Finally I got my beautiful, spotless, black and grey motorcoach started up and I was finally ready to head out.

7:00 AM – Spot time. I pulled up to an empty parking lot right next to the fieldhouse in the frigid February midwestern weather. We were on schedule to leave right at 7:30 and it seemed as if everyone was very pleased boarding this beautiful motorcoach that was warmed to a comfortable 72 degrees. They loaded all of their gear and picked seats on the bus, and we got an early start.

7:27 AM – We turned out of the parking lot and started our 7 hour journey. Coach Bill decided that they only needed a couple small breaks along the way and he would let me know when they needed to happen. It seemed like it wasn’t 10 minutes going down the road that everyone had fallen asleep. We experienced a little bit of traffic getting out of town, but once we hit the interstate, we were smooth sailing. There was some snow on the ground, but other than that, it was a beautiful drive. Very little wind and the sun was out of my face, so I was one very happy motorcoach operator.

11:00 AM – We had been cruising pretty steadily down the road for a little over 3 hours now and we were coming up on one of the larger truck stops in the area. I let coach know this was a good possible rest stop for the team and he agreed so we pulled over. It worked out great for me because I needed a restroom break as well as a cup of coffee to warm my insides. Surprisingly, the team took only about 15 minutes and they were already on the bus ready to head out. By 11:20 we were already headed down the road. A movie was requested, so I turned on the DVD player and put it in. Must have been a boring movie because it looked like everyone had fallen asleep once again.

3:15 PM – Just as we started pulling into our destination, I heard coach wake up and get out of his seat. He came up to me and asked if we could make one more stop because he was hungry. I proceeded to tell him if he waited about 3 minutes we would be at the hotel and he could do as he pleased! He was excited to hear that because he did not realize we were so close. Nobody seemed upset that we had arrived early to our destination, and I sure was happy as well.

3:30 PM – We pulled up to the Embassy Suites hotel and started to unload. Coach gave me my hotel key and said “we will see you in the morning.” The good news was I was free! The game wasn’t until the next night, so I was free until 10 am the next morning when they had to go to practice. Talk about a nice deal. After unloading the motorcoach, I was able to find a parking spot around the back of the hotel. It was well lit and had plenty of space for me to park my 45 foot friend. After a long and detailed post-trip, I grabbed my bags and headed to my room. It was time to relax.

5:30 PM – After I was all settled in, I was able to walk to a nearby Buffalo Wild Wings and enjoy a nice meal and watch some NBA games. Oh, I forgot to mention, I was technically on the job so I was getting paid for all of this. Talk about awesome.

8:30 PM – Back in my room and ready for bed it seemed like. It was an early morning so I guess I understand why I was so tired. I went for a short walk before bed to go check on my motorcoach to make sure it was all locked up and ready for bed, and then I headed back to my room to do the same. It was a good day. It involved an early morning and lots of driving, but it is all apart of my job and I love it. We have an easy next couple of days while my team competes in this tournament, then I’ll pack up and prepare for the journey home.

Although this is a great description of a day in the life of a motorcoach operator, you can always count on every day being different. It is an exciting career to follow, and one that will always keep you on your toes. Many of our Arrow Stage Lines motorcoach operators have seen just about every state in the United States, and they will tell you how awesome it was. Many of our motorcoach operators have driven a group of school kids in the morning and then driven a charter with a professional sports team in the evening. You never know what might happen. It is not always easy. It is not always fun. But it is something to be proud of. That is the life of an Arrow Stage Lines Motorcoach Operator.